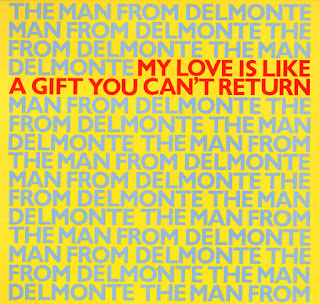 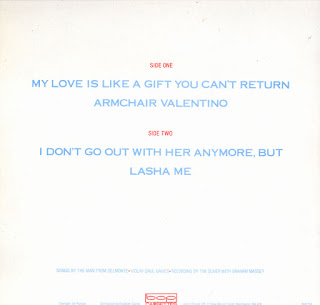 The Man From Del Monte was a Manchester band which featured nobody from Manchester. They played jangly, melodic guitar pop, sometimes employing that constant arbiter of 80s indie melody, the trumpet. This was their final single and was released on Bop Cassettes as both a cassette and 7” and 12” vinyl releases. They never released a ‘proper’ LP; a recording of them playing live at Manchester’s The Boardwalk was issued by Bop as a cassette and a vinyl 12” and a compilation, Catholic Boys on Mobilettes made it only onto a C60 cassette until Vinyl Japan reissued it on the moribund and pointless CD format.

It’s very jolly, the title track was originally going to be released under the name of Deborah Anne Turner, but it is believed she vetoed this before the record reached the shops. Enjoy.