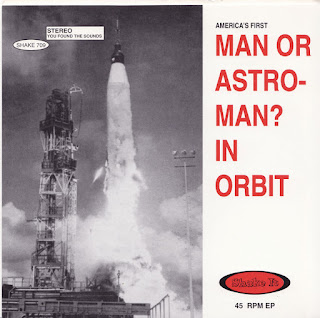 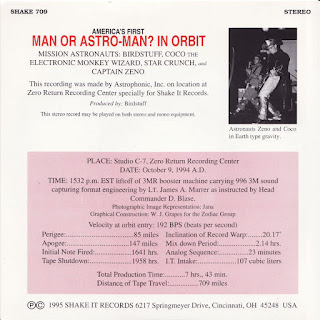 Mo mo mo Man... Or Astro-Man? I've had this one in draft form for months so it felt right that I release it ahead of a bunch of other stuff. According to the Astro-Man? Ad Nauseum blog there were 900 copies of this Cincinatti-sourced release. It's also one of the very few MOA? releases which plays at 45rpm. Tracks are Complex 34, Space Helmet, Alpha Surfari and Manta Ray. The latter two are covers; the first of a Surfaris track, the second a faithful rendition of a Pixies original.

Email ThisBlogThis!Share to TwitterShare to FacebookShare to Pinterest
Labels: instrumental, man or astroman?, shake it, surf