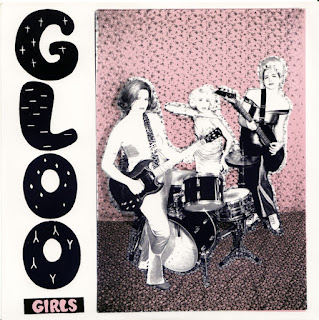 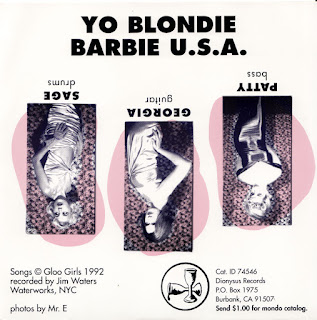 There's not really much out there about the Gloo Girls. For some reason they don't even feature on the Grunnen Rocks database, despite ticking many of the boxes required for inclusion. This single was released on Dionysus in 1992 and appears to be out of print, and there was a ten-track release Attention Shoppers on Celluloid. They appear to be active in some form as they have a Facebook site but, again, there's not really much information about them. They're from New York and there's something about them that reminds me of Girls At Our Best. Especially the flipside, Barbie U.S.A. Enjoy.