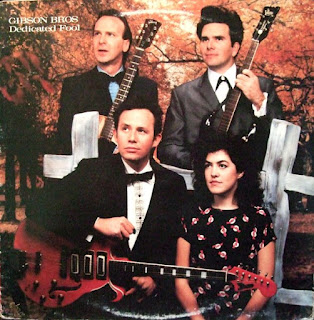 It's the end of the month and once again I've failed to get into double figures for records shared. It's not that I've not been busy; the list of discs digitised gets longer, but editing audacity files and tagging the damned things takes time. And when that's done I don't always feel like trying to find something interesting and/or entertaining to say about a record or band. Moan moan moan.

So here's a great and, relatively, rare release from Ohio's Gibson Bros. For the uninitiated, Gibson Bros are one of the great missing link bands of the past twenty years. Their most easily available record, Memphis Sol Today on Sympathy, muddies the waters by having Jon Spencer on it. There's an interesting piece about them here which further explains that.