The Pooh Sticks - The World Is Turning On. Zoo Entertainment 7". Wales 1. 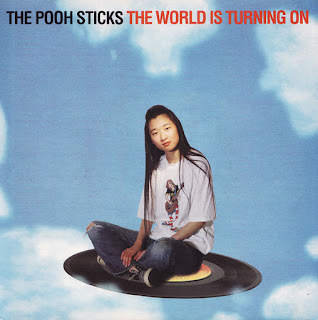 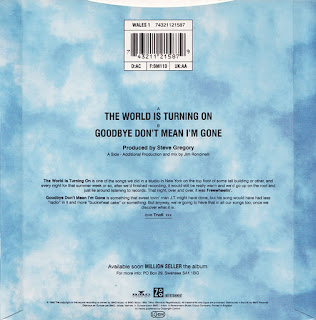 In retrospect The Pooh Sticks were one of those bands who are 'poppy' only for a limited, very specific audience. When they were around it seemed that they were only a quick polish and a large marketing budget away from chart success. This was their first release on a major label (it's BMG in disguise) and exposes their weaknesses for rambling and weak flipsides. That's not to say I don't like it. I especially like The World Is Turning On, but there's nothing there for Joe Public to buy into. It's not good enough and it's not bad enough. It's telling that Orange Juice, another non-poppy pop band, had their only major hit with the boring and untypical Rip It Up. The Pooh Sticks never found that one breakthrough track. Their potential wider audience never found them. Enjoy.