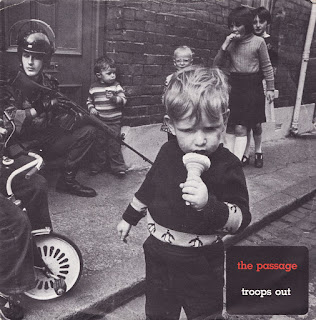 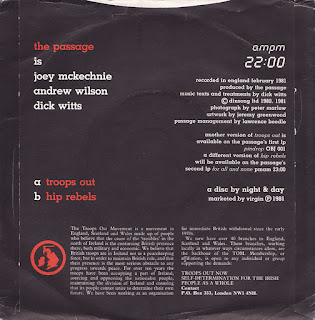 The Passage were the kind of art-rock politically-motivated band that would get nowhere near a major label these days, but here they are on Virgin Records offshoot Night & Day. Having seen them in London around the time their second LP For All And None came out a friend told me they sounded like Discharge with synths. It was meant to be a put down. In retrospect that would be A Good Sound. The records, of course, aren't anywhere near as rough, particularly given lead fella Dick Witts' classical background, and the major label backing. This release was a true rarity, support for the withdrawal of British troops from the north of Ireland at the height of The Troubles, complete with contextual information and contact details. Enjoy.