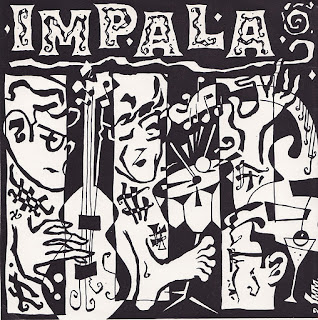 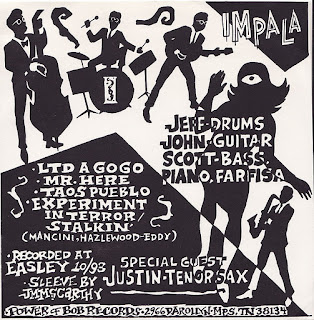 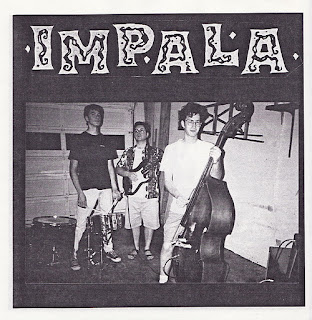 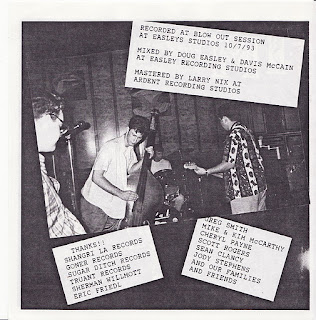 File under I Wish I'd Seen 'Em. Impala were/are a Memphis, Tennessee, instrumental band. This 7" on Power of Bob was, based on the label number, their first release. Received wisdom is that their first release was a split-cassette with The Oblivians, but that has a later label number. As far as I am aware, The Oblivians set was later issued by Goner as a limited edition LP. If, and I know this is a long shot, anybody has and would care to share the cassette... Kisses all round. Anyhow, here are Impala. They're not a surf band. Enjoy.