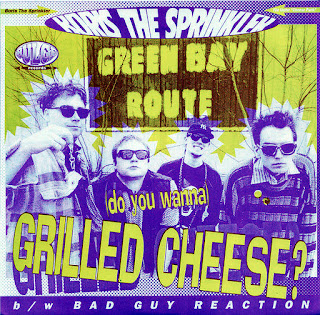 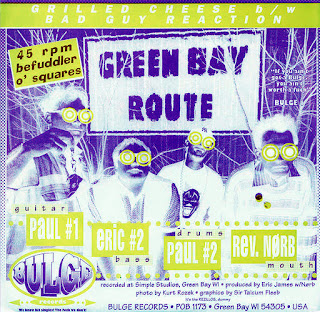 Daft arse, madcap punk from Green Bay, Wisconsin. Frontman The Rev. Norb used to have a column in Maximum Rock and Roll and his taste for the SF Budget Rock sound chimed well with that scene's love of the cheap and theatrical. Such as The Rezillos, whose Bad Guy Reaction is covered on the flipside of this first release. It sounds like the kind of record that would be released by the kind of band who would wear glasses to make them look like a fake 'new wave' band on CHiPs. In a good way. Enjoy.