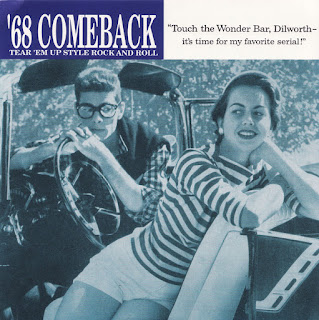 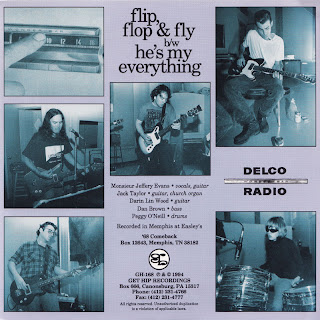 Finally, and on the last day of 2011, more from '68 Comeback. The band, as previously noted, featured a dazzling array of talent, including Peg 'Mo Tucker' (look at that pic above) O'Neill of Gories fame, Darin Lin Wood who played with Fireworks and Blacktop and the esteemed Monsieur Jeffery Evans, who had previously fronted The Gibson Brothers. Here we have covers of Big Joe Turner's Rhythm and Blues blast, Flip, Flop & Fly and traditional gospel track, He's My Everything. Much, much more to come. See you in 2012. Enjoy.