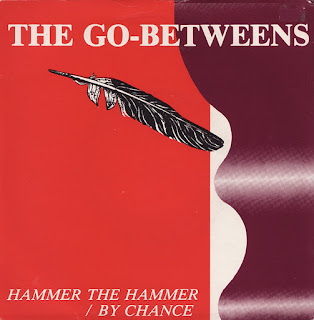 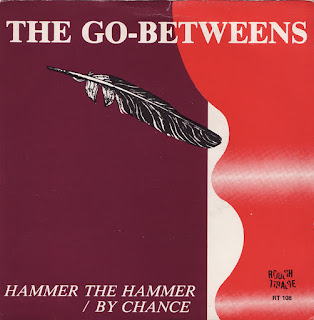 The sleeve for this one is hardly going to keep the World's greatest graphic designers awake at night. Well done, Rough Trade. Flip side By Chance is from The Go-Betweens second, and greatest, LP, Before Hollywood. This was the A-Side's debut appearance. It has since appeared on a number of compilation releases. The Go-Betweens are a band whose lack of wider success is a mystery for many, but this release is from their earlier, less compromising, post  new wave period. The production budgets were smaller and the sound was more thud and crash than the smoother pop sound which was introduced on their next LP, their major label debut, Spring Hill Fair. All periods of The Go-Betweens, have their merits, though. More from them soon. Enjoy.