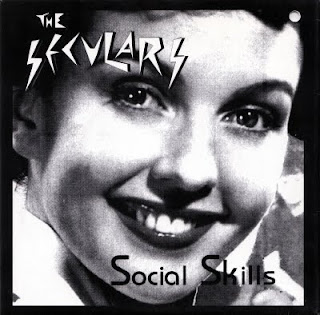 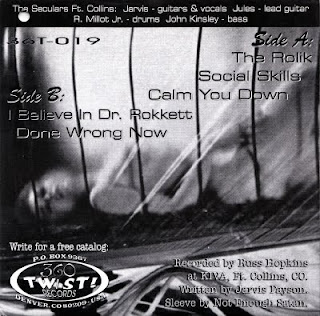 Something about this band reminds me of Teengenerate; it's not just the speed, or the biscuit tin drums. It's the sound of somebody singing in a language which is not his own. Which is weird because, as far as I can ascertain, The Seculars were from the USA where they speak a version of The King's English. This appears to be the only thing they ever released and is on, as pointed out by the old Static Party blog, a label mainly devoted to second division winkle-picker bands. And one first division winkle-picker band. Static Party also points out that most copies are promo-punched. As you can see, my copy is also. That's because I was sent it as a promo. The first two tracks are so closely merged I've left them in one file. The girl on the front looks like a young Angela Rippon. Enjoy.