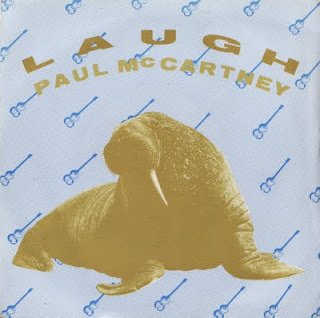 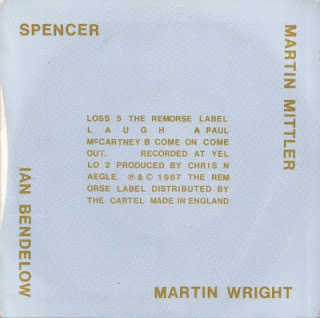 The great lost Manchester band. Laugh had the misfortune to straddle two scenes. Born out of the guitar band activity stimulated through the success of The Smiths and scuppered during the excesses of Madchester. This is their first 'proper' release. Before this, they had a flexi-disc release available through Dave Haslam's estimable Debris fanzine. They followed it with the already-uploaded Take Your Time, Yeah and another, more dance-music influenced single, Time To Lose It, which was more representative of the sound of their only, disappointing, LP, Sensation Number One. For me, they were always at their best as a tune-focussed big beat band. Such as on this seven. The title track in particular. Thanks to Michael for loaning me this record during a camping trip. It's a tricky thing preserving a twenty-four-year-old vinyl single in the middle of a field. As a bonus, I've included their first Peel Session, which features versions of Paul McCartney and Take Your Time, Yeah. Enjoy.