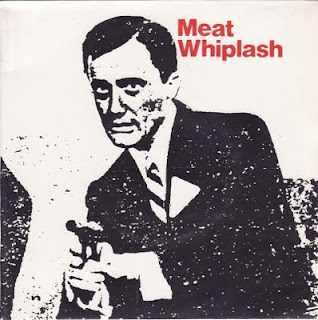 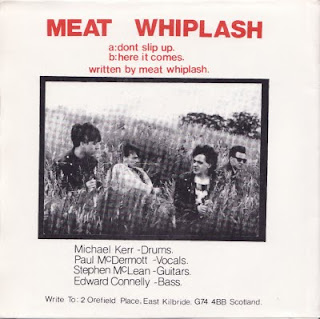 Another one from my good friend, Richard, and a record I was surprised to find he owned. Meat Whiplash were one of the second wave of bands signed to Creation following the massive success of their twelth single release, Upside Down by Jesus & Marychain. The single seems to be, deliberately or not, an attempt by Creation to follow up on the success of the Marychain debut by releasing something that sounds not a million miles away from the Beach Boys and feedback template the Reid Brothers had patented. I saw this band just the once, on Sunday, 20 October 1985, supporting Primal Scream and The Weather Prophets at The Clarendon Ballroom in London. The singer was wearing flared leather trousers. At the time it felt very much like a full stop for that scene. The single is, despite my witterings, pretty good. Enjoy.