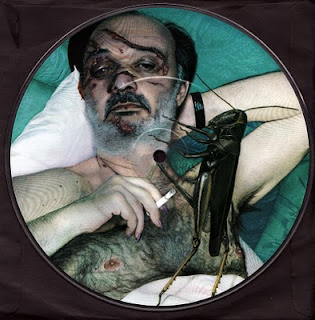 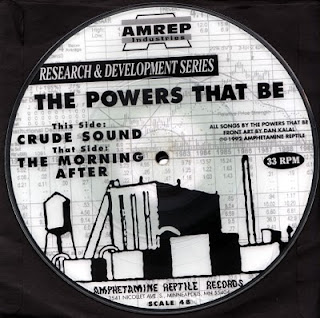 Blimey, Charlie, it's an AmRep band from MANCHESTER, ENGLAND??  Bucking the trend for dancey wancey sub-Roses, post-Mondays, under par Madchester drivel, The Powers That Be played buzzy, droney, smokey almost-metal in the early 90s. Sometimes seen at The Boardwalk, one of them worked in a bank and the vocalist affected an American accent when performing. That's about all I can remember about them. apart from the fact that they were all nice fellas and they stood out like a thumb as big as Uma Thurman's in Even Cowgirls Get The Blues. Rave on.
The Powers That Be - Crude Morning Mother. Amphetamine Reptile Records Scale 48.
Posted by All I Want. at 07:49

Email ThisBlogThis!Share to TwitterShare to FacebookShare to Pinterest
Labels: amphetamine reptile records, Manchester, powers that be