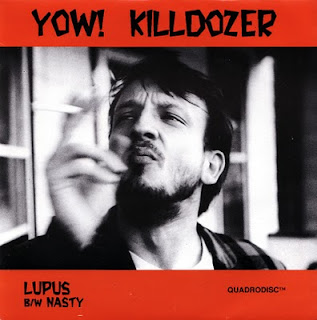 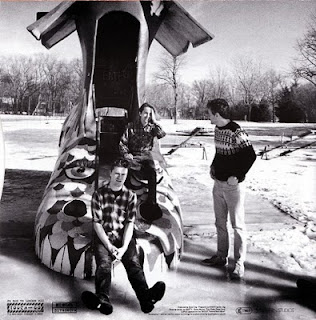 Killdozer ape The Smiths by putting somebody else on their record sleeve, but instead of some elfen, androgynous 60s filmstar they've gone for snarling man-beast David Yow, vocalist for The Jesus Lizard. The a-side to this is on the Twelve-Point Buck LP. It's about semi-famous American author Flannery O'Connor and the disease that carried her off. The b-side is Killdozer carrying on from their For Ladies Only all-covers set with a relatively faithful cover of Janet Jackson's 'Nasty'.