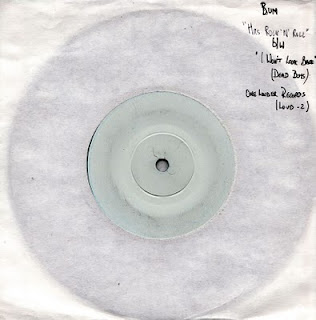 I've only got this as a promo copy and a quick trawl of the net reveals nothing beyond the sad news that the last update on the Bum fansite was in August 2001. So, Bum. Canadian, power pop and seemed to have an affinity with Japan as they released split singles with both Teengenerate and Fifi and The Mach Three. The former will appear here. Eventually.