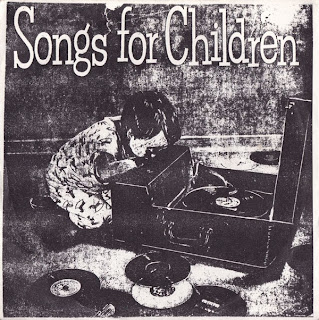 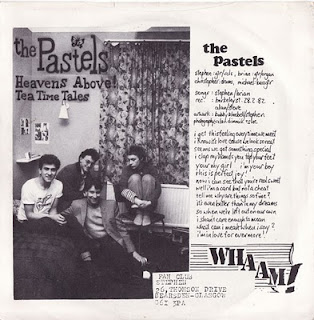 The Pastels first single from way back in 1982 has never, to the best of my knowledge, been anthologised or reissued in any way. Which is a shame as it's the perfect blueprint for the C86 scene they were so integral to, but in many ways distanced from. After a second single on Rough Trade they released three classics on Creation (before it went shit), culminating in the still massive in this house, I'm Alright With You / Baby Honey.

This release, on the Television Personalities' Whaam! label, has a typically ramshackle (as per early Pastels) a-side and a b-side which pays beautiful tribute to record producer George 'Shadow' Morton's work with The Shangri-Las and pre-dates similar work by Belle and Sebastian ('Another Sunny Day' on The Life Pursuit being the most obvious lyrical comparison).