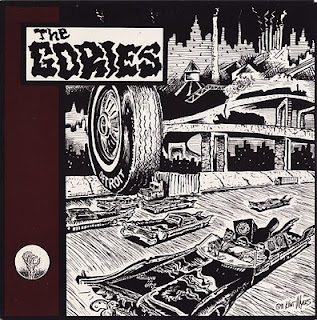 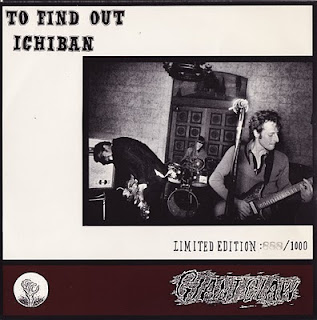 The inevitable Gories post. On beautiful shit brown vinyl and limited to 1000 copies, this release was on Australia's mighty Giant Claw, an offshoot of AuGoGo records. Illustration on the sleeve was by Kent Myers who used to produce a comic called Detroit! Murder City Comix, a few early copies of which passed through my hands back in the day. I got rid, so they couldn't have been that good. More Gories to come.