The Go-Nuts - The Donut Prince and The Pauper EP. Planet Pimp Records PPR-016. 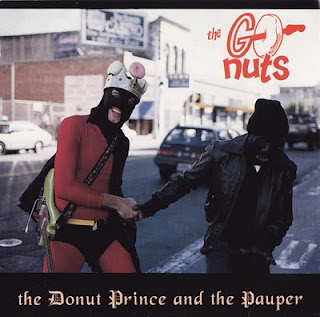 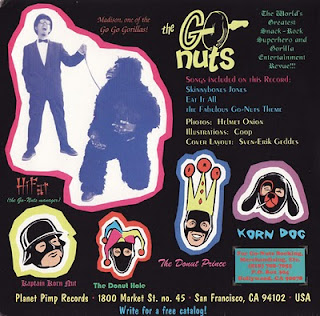 Snak Rock superstars The Go-Nuts were that most prog-rock of things, a surf/garage 'supergroup' featuring members of The Phantom Surfers, The Untamed Youth and The Mummies. They were also greater than the sum of their parts but probably never got their due thanks to their stupid stupid schtick of dressing up as superheroes. And staying in character. There was almost a Go-Nuts TV pilot made, which would have been interesting, and you can see their influence on shows like Yo Gabba Gabba and Glee. Every record they made featured at least one different recording of The Go-Nuts theme. Bit by bit I'll post them all.