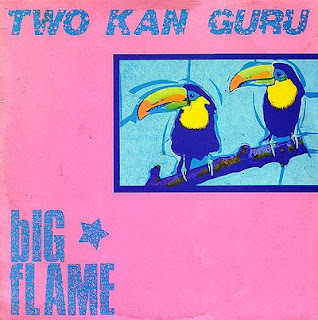 In some sense, a respite from the tidal wave of garage punk, budget rock and surf I've been uploading recently, but in other ways an upping of the ante. bIG fLAME were a Manchester three-piece whose output while they existed was restricted to a handful of 7" singles on independent labels. So, no thematic leap from somebody like The Fingers, for example. The band were resolutely political, amateur in the 'Good job done by non-professionals' kind of way, and most of all had a sound as if the history of jazz were written for drums, guitar and bass then pushed down the stairs. They are loud, fast and discordant in a particular early-80s way. Some say Minutemen, and I can see why they do, but bIG fLAME are much less considered, much more organic. Anyhow, if you're only here for The Gories, give it a go. Try starting with Sargasso. A song like a gas explosion.