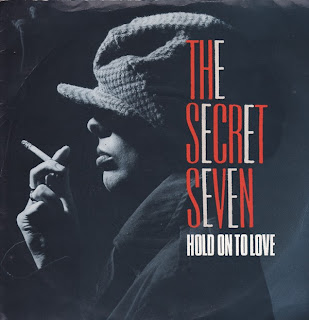 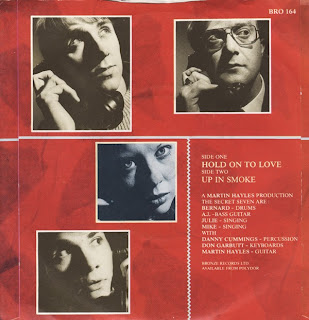 Another release that betrays my weakness for guitar-based pop music failures. Formed in the wake of The Distractions - a Manchester band who were touted for bigger things - The Secret Seven featured vocalist Mike Finney exercising his soulful vocal stylings on the over-produced 80s-sounding but still listenable Hold On To Love and the less enjoyable b-side Up In Smoke, which suffers from yucky production and a relentless tune. There will be a chance to hear the early Distractions singles and material recorded in the 1990s when 'Nothing' is released in 2011.