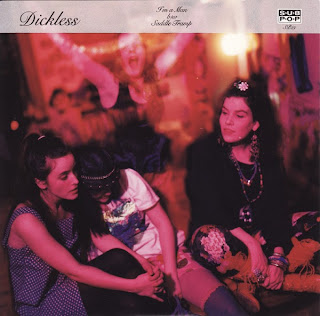 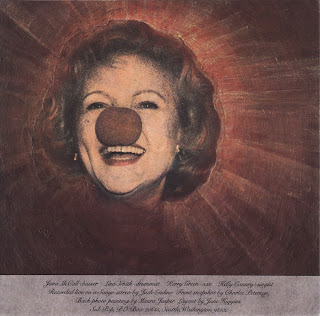 From 1990, the year before 'punk' broke, comes this gem from Seattle's all-female Dickless (<roywalker>say what you see<\roywalker>) featuring an A-side of them covering Bo Diddley's 'I'm A Man' in unique fashion and a B-side, 'Saddletramp', which was later covered by The Supersuckers. Their output was thin - the 12" of this, released on Tupelo Records, featured an extra track, 'Miniskirt Mob', and there was a track on one of the Teriyaki Asthma compilation EPs. There was a CD readied for release in 2006, but does not appear to have made the shops.