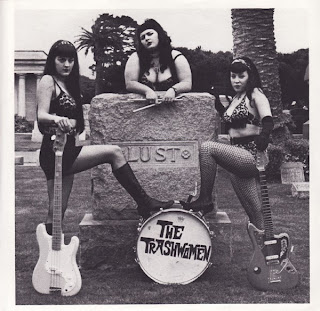 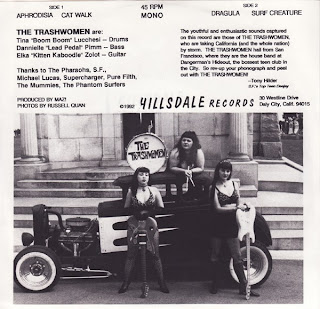 The first release from The Trashwomen is an all-instrumental treat which underlines how under-appreciated they were as a pure surf band. I'd put them up against any surf band you care to mention and expect them to emerge victorious. They'd kick away Dick Dale's walking stick, they'd surfers stomp The Phantom Surfers, they'd steal Man Or Astroman?'s lunch money*.  Get stuck in.

*Yes, I know they're all old with beer bellies and second wives now, but I've been a bit out of touch with Mel Bergman's Moribund Music of the Early 90s.
Posted by All I Want. at 10:31