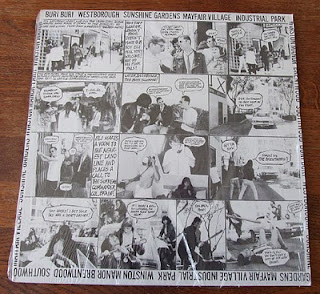 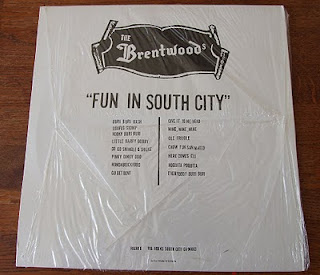 A full LP for a change, and one of the most sought-after rarities of the Budget Rock scene. Following the acrimonious split-up of Supercharger, Greg Lowery started The Rip-Offs with the White brothers, Jason and Shane, and drummer Jon Von and Darin Rafaelli and Karen Singletary kick-started The Brentwoods with the mysterious Patty on vocals and Danielle Pimm of The Trashwomen on bass. Somewhere along the line Dr. Pat Phelan late of The Saturn V featuring Orbit joined in, but details of who played what, where and when is lost to known civilisation.  Click on the image of the front cover to read the story of Colonel Brain's ruckus with 'The Riff-Raffs'.

It's an acquired taste and very much the logical end-point of the Supercharger sound. The Brentwoods are to Supercharger as Loli and The Chones would be to The Rip-Offs; sonic extremes.  Anyhow, if you like badly-recorded, badly-played, badly-sung, immature shite then this is the record for you.