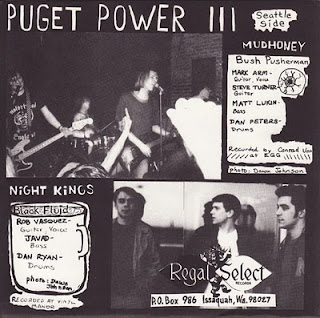 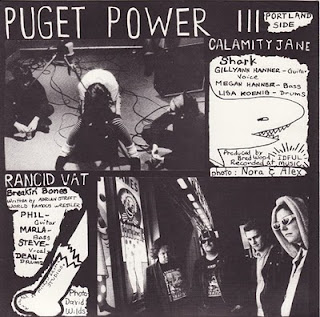 There were four of these Puget Power volumes in the end. Released by Regal Select Records, who were in on The Mummies and Thee Headcoats early on. Their 'Girl From '62' release from Billy and The Boys being far and away my favourite from the 10,000 singles released by that particular Childish incarnation. The highlight of this release for me is The Night Kings ode to coffee, 'Black Fluid', although Rancid Vat covering Adrian Street's 'Breakin' Bones' is pretty sweet.