The Astronauts - War Of The Satellites. Shot Down Records. Shot 3. 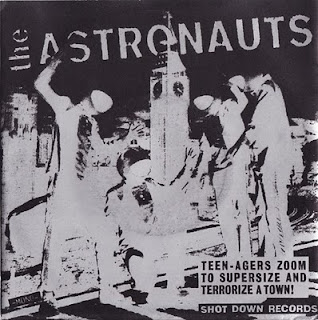 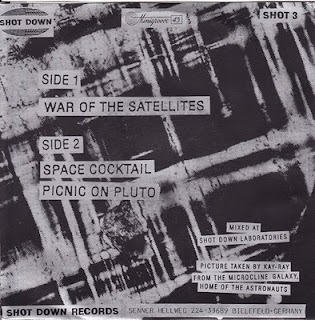 One of a billion bands called The Astronauts, this bunch were from Germany, are still going, and are fantastic. They also play beautifully raw surf music. I saw them the day after Kurt Cobain died, supporting The Phantom Surfers in the cavernous but tiny nightclub built into the frontage of Euston railway station in London. (Out of Marks and Spencers, towards Euston Road, on the left and upstairs. I think it's an okay-for-London Fullers pub now). They wore space-men outfits and were super tight. I regret not interviewing them, but I was a. excited about seeing The Phantom Surfers for the first time and b. too drunk.

The Astronauts - War Of The Satellites. Shot Down Records. Shot 3. FLAC files

The Astronauts - War Of The Satellites. Shot Down Records. Shot 3. MP3 files